Aesthetically appealing and looking like a real windmill, we built a replica play windmill at Avoncroft Museum of Historic Buildings that acts as a centrepiece in the already existing outdoor play area. We also added a secret boardwalk and a giant, play apple to expand the existing playground.

The play windmill is a great example of how a multi-play tower can be customised to your needs – rather than having a simple climb tower, we made this one look like a windmill. Despite its small footprint, the play windmill features a slide pole, a climb wall, a climb net, and two accessible levels. 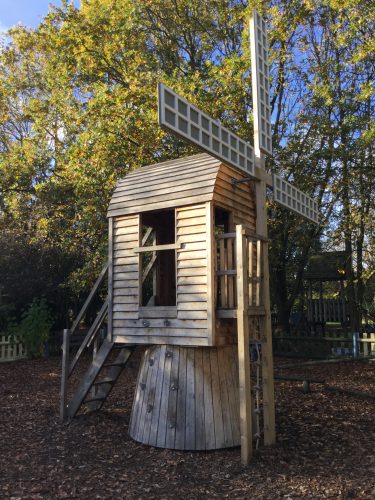 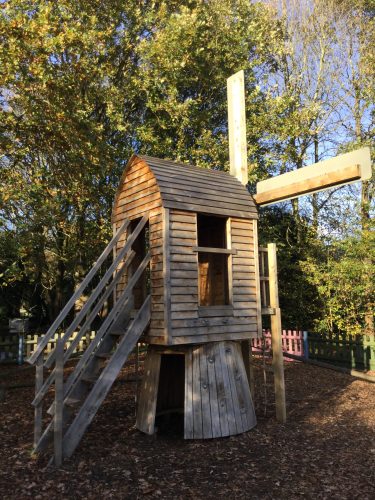 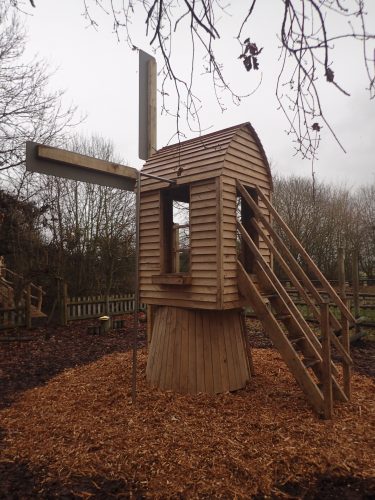 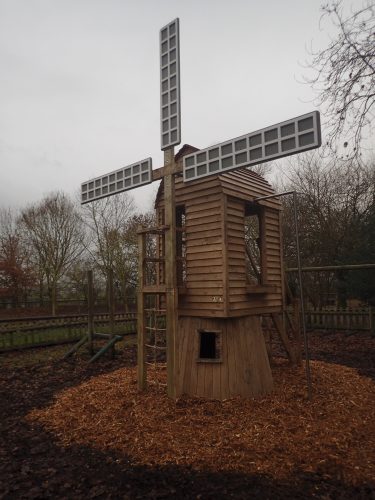 The Brief: A True-To-Life Replica

The brief for this project was to come up with something different… so that’s what we did! The windmill is made of oak and is a faithful copy of the famous Danzey Green Windmill. The real post mill features a brick roundhouse topped with a wooden structure and was built around 1820 before later becoming derelict. It was moved to the museum in 1969 and restored to full working order. As with all of our miniature replica play areas we took the time to capture the main features in a functional piece of play apparatus without limiting our creativity by making an exact clone. 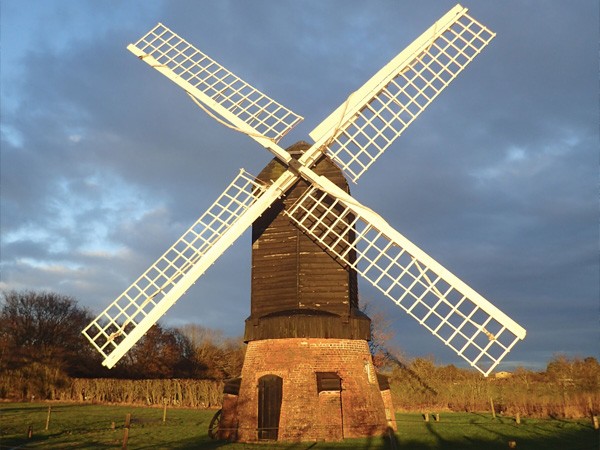 We built a giant apple on a stalk… children can climb through like maggots, and out along a branch (balance beam) with a steplog leading up into the apple. Realistically coloured, it will be there for a very long time as it is built from fibreglass. 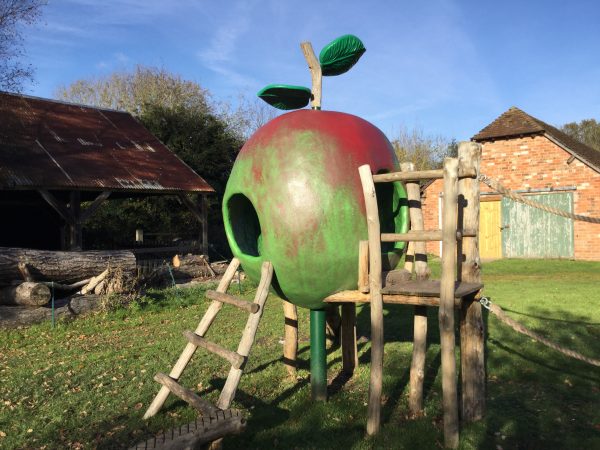 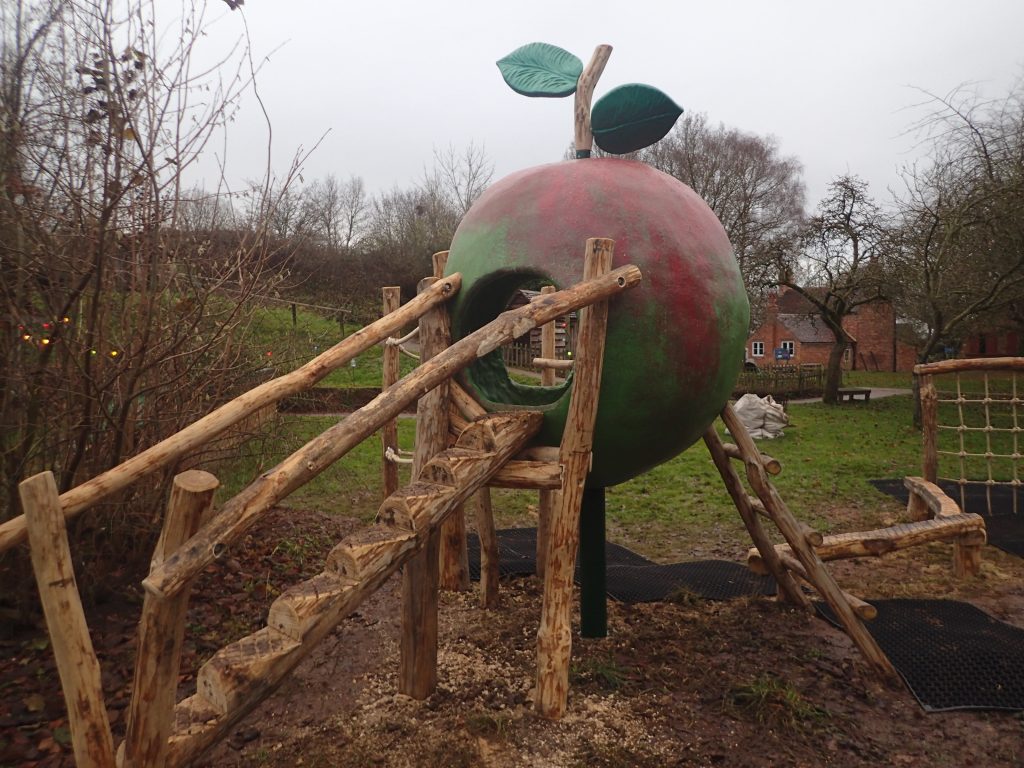 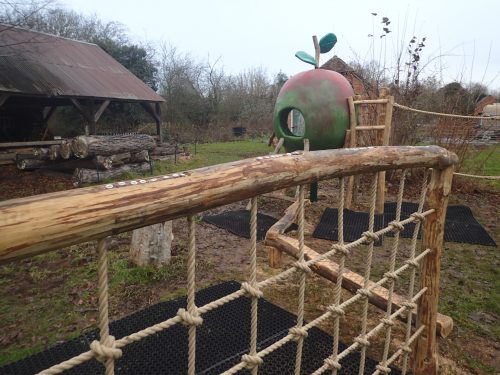 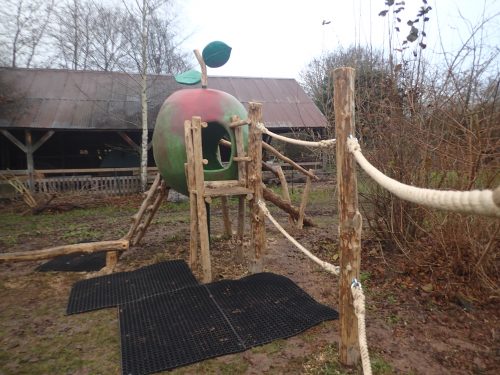 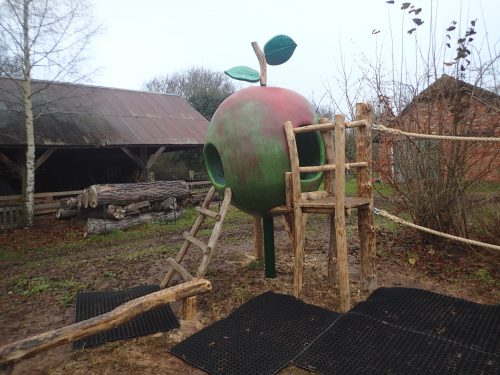 In addition to building the play windmill, we also built a secret boardwalk through the laurels which circles the chapel, allowing it to be viewed from all sides. The laurel walk is an enticing natural walk that leads to the play area with the windmill. 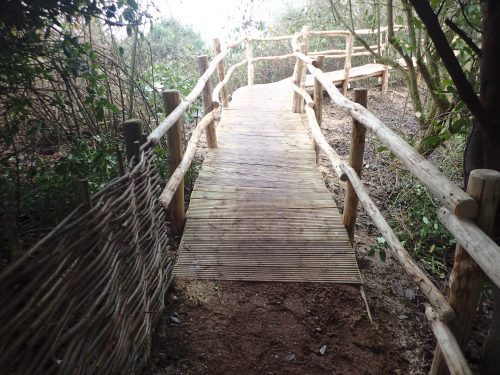 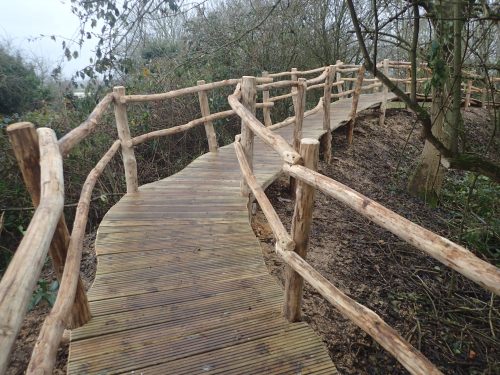 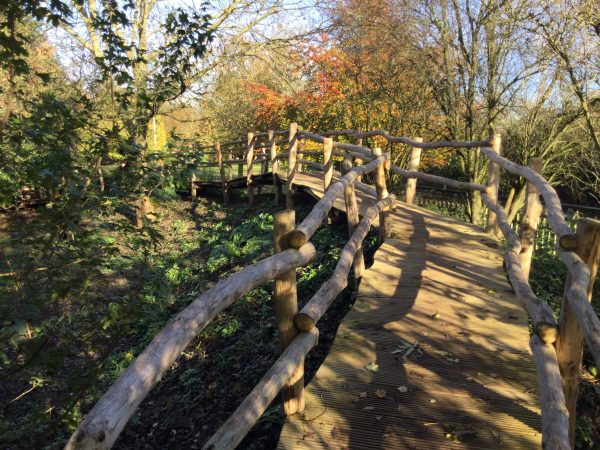 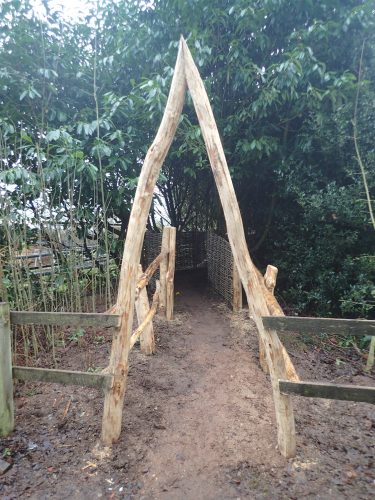 Use this themed play area as inspiration for your own project, but don’t be afraid to push the boundaries in whatever way you want. Add extra features, incorporate interesting themes, and do whatever else you can think of to challenge us to make you the best adventure play area possible. Please get in touch with us to discuss your idea and we will walk you through the design process.

Please also take a look at our other outdoor play areas, tree houses, multi-play towers, and replica landmarks for further inspiration – all of these concepts were amalgamated in this project to make the play apparatus that you see here.

For pricing information, please refer to our pricing page or get in contact with us to make an enquiry and discuss a potential project.