We love everything about pirates and have made many pirate ships over the years, so when Folly Farm Adventure Park & Zoo asked us to make a pirate themed adventure play area, we jumped at the chance. The creativity of this project and the vast range of play apparatus encapsulate the very essence of Flights of Fantasy. To give you a real feel of the play area, take a look at the two videos below. The first video is a walk around of the whole play area, showing you all the play features, whilst the other video was made by Folly Farm and tells the story of Black Bart (Bartholomew Roberts), the famous tea drinking pirate who provided inspiration for this play area.

The Story of Black Bart

Located in south-west Wales, it’s no surprise that Black Bart (known as Bartholomew Roberts during his lifetime) was chosen as the inspiration for this play area – he is arguably the most famous Welsh pirate of all time. Between 1719 and 1722 he captured over 400 ships, making him the most successful pirate in the Golden Age of Piracy in terms of vessels captured, and there are many historians that will argue he was the most successful pirate of all time.

An archetypical pirate captain, he had a great love of fine clothing and fine jewellery, but he is more famed for his love of tea rather than rum. Maybe it was his sobriety that led to him being so hugely successful? Ironically it was the drunkenness of his crew that eventually led to his demise. As an ode to his love of tea, we created a maze that leads to a chest of tea, rather than a chest of treasure.

Black Bart was so famous that he was even included in two recent video games – Assassin’s Creed IV: Black Flag and Assassin’s Creed: Memories – as you can see by his digital recreation.

We love to make attractive adventure play areas, utilising natural timbers to create sprawling playgrounds that encourage children to be active with both their minds and their bodies. This play area include a skull centrepiece with a slide coming out the mouth, a crocodile mouth leading to a prison, a treasure chest sand pit, multiple pieces of climbing apparatus, and many custom made pirate themed play features. Here is a selection of images from the play area because pictures speak much louder than words. 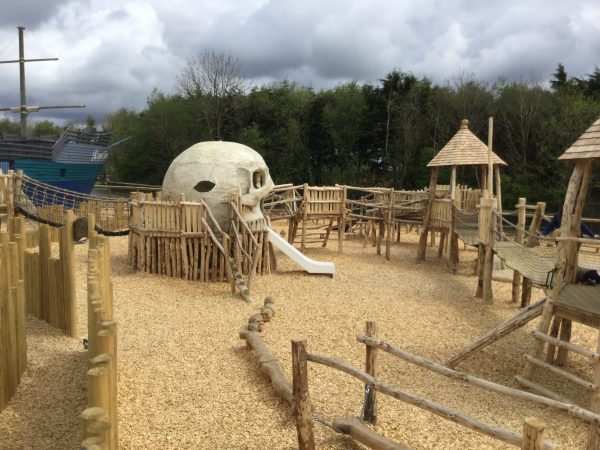 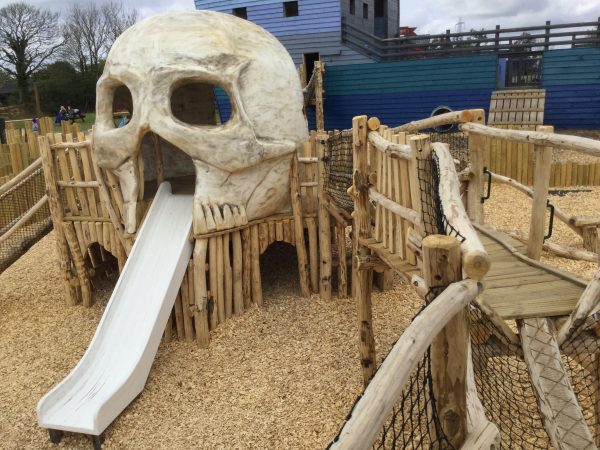 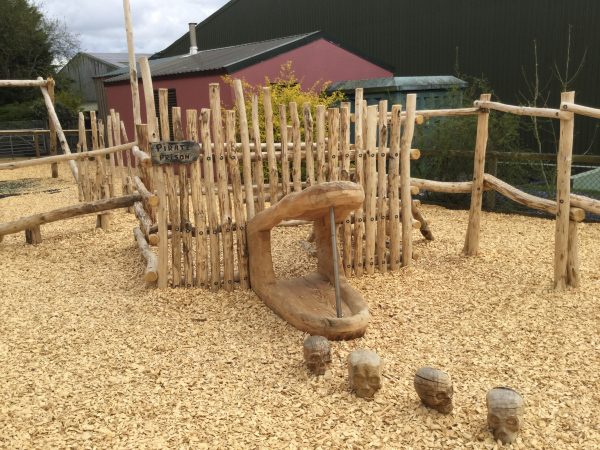 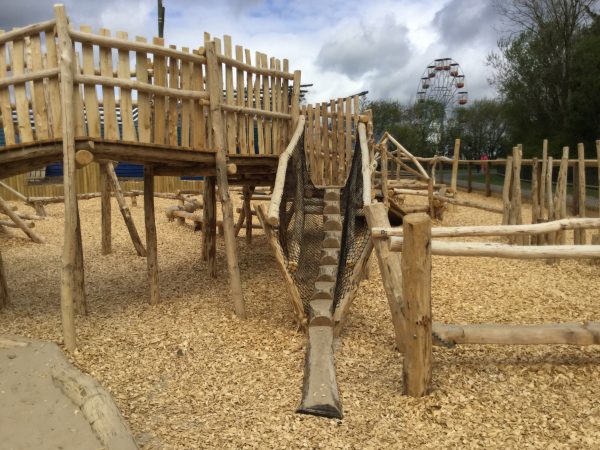 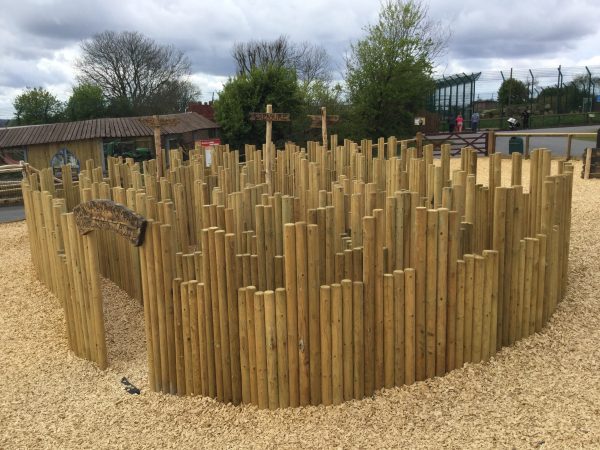 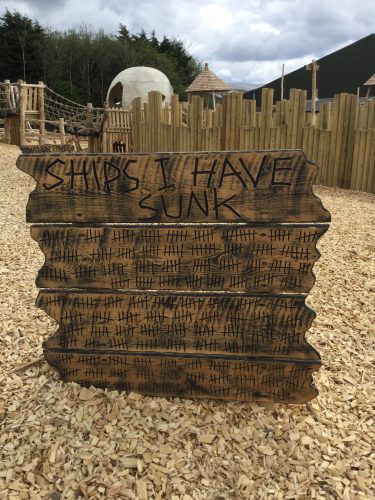 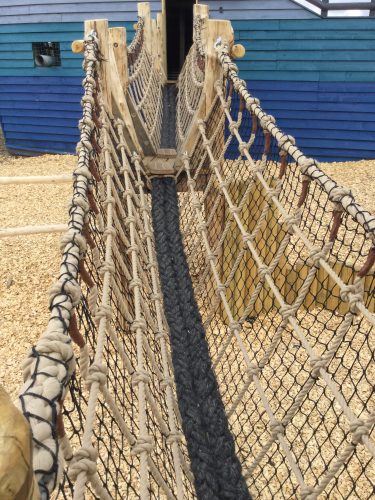 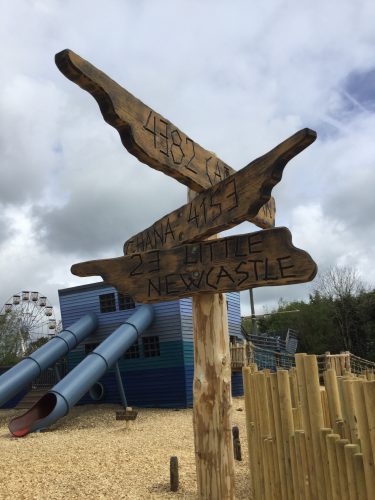 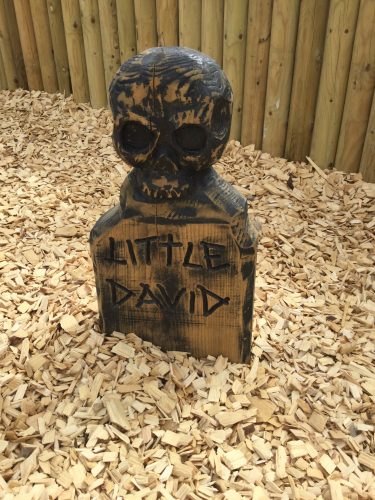 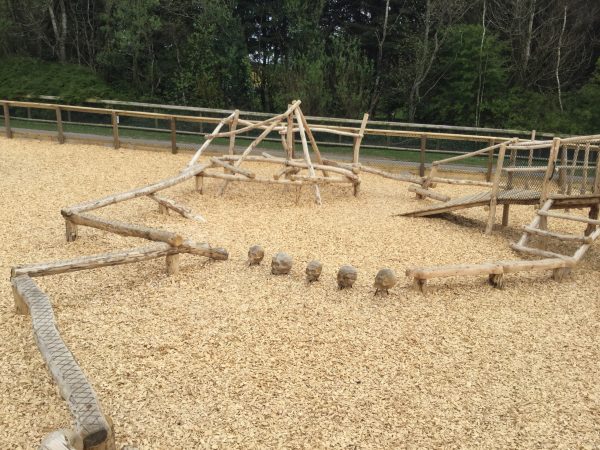 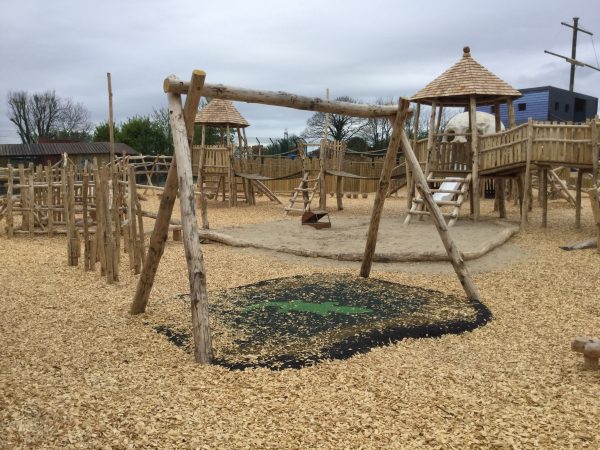 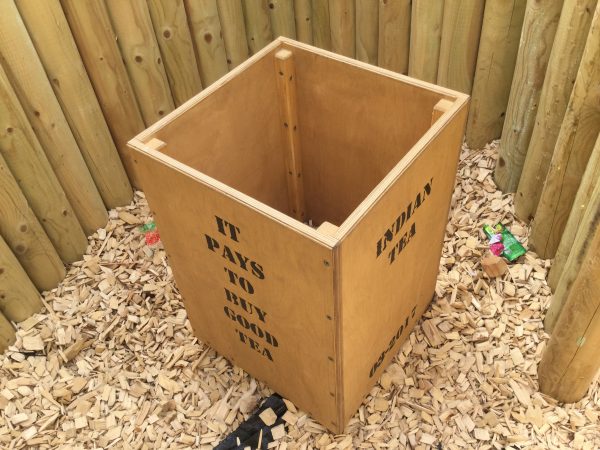 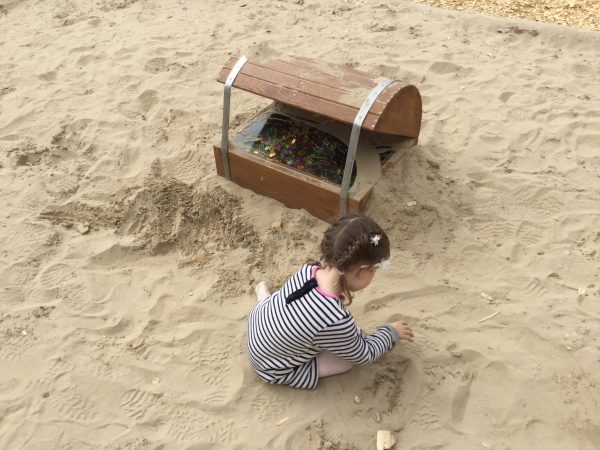 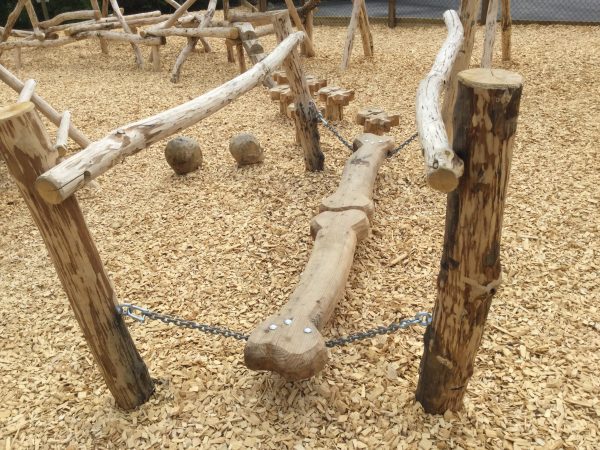 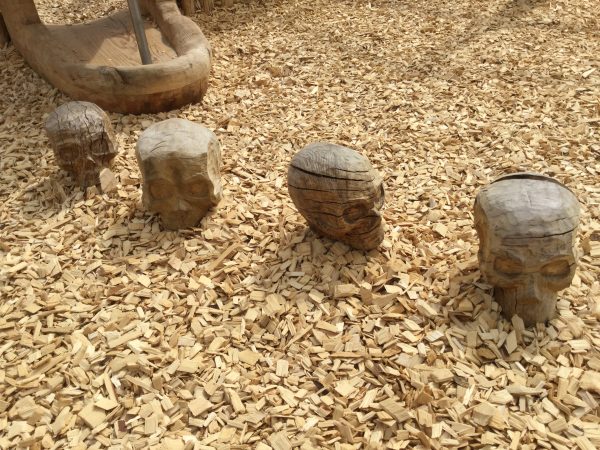 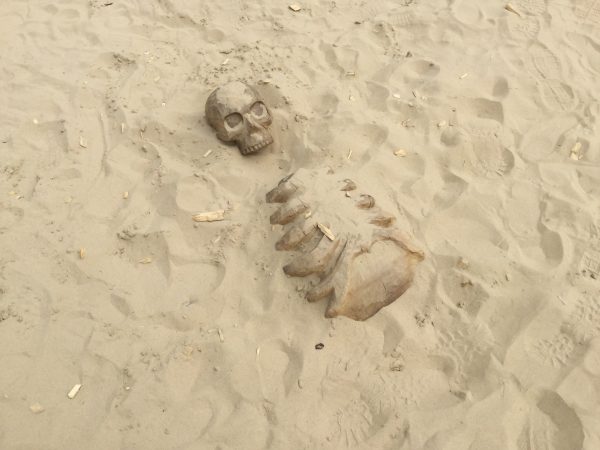 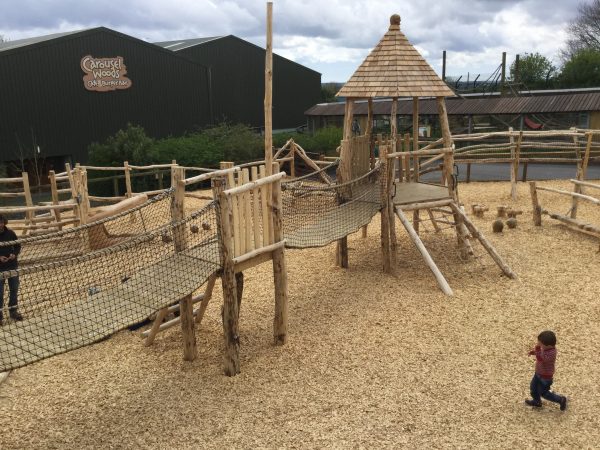 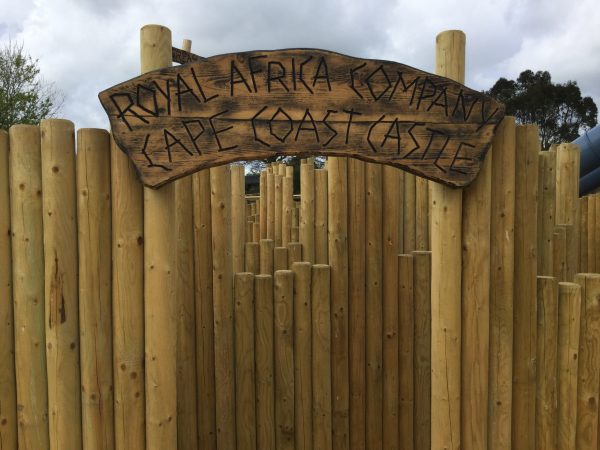 The pirate play area at Folly Farm is just one of our creations. We have also been making a fleet of farm machinery themed play apparatus, incorporating a play tractor, teleporter, and tipping trailer slide. See more pictures of each creation here. 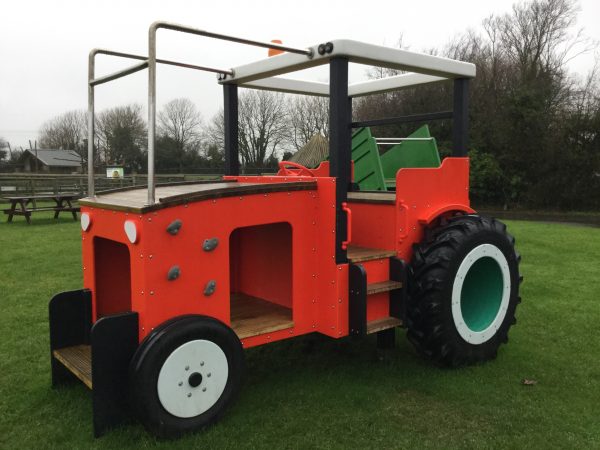 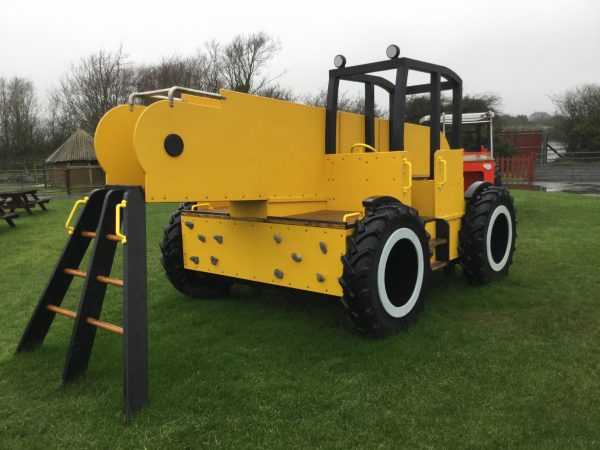 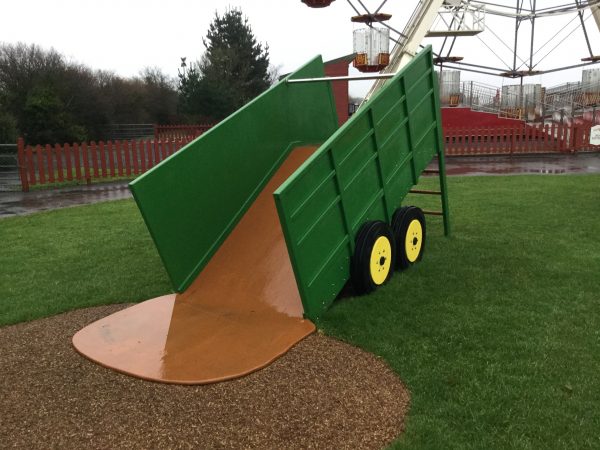 The following feedback is taken from public TripAdvisor reviews:

We’re pretty proud of this play area, like we are of all our play areas. It took time, passion, and creativity to being this idea to life, but we love what we do. If you are looking to commission your own adventure playground, please get in contact with us and let us know what you are looking for. We can come up with a unique design to set your imagination running wild – there is no challenge too big for us.

For more inspiration, take a look at our other outdoor play areas and our pirate ships.