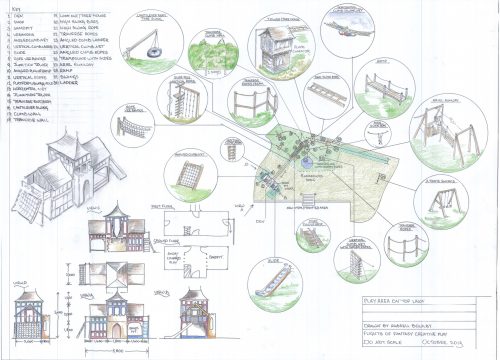 Built from green oak with a stabilising stain, this domestic play area incorporates six separate play areas featuring six hundred metres squared of artificial grass, an engraved redwood frame, oak cladding and posts, and a cedar shingle roof. Not only is it striking in appearance, but it also offers a rope v-bridge, horizontal nets, poles and rope traverses, a rustic playhouse, a thirty metre aerial runway, cantilever swings, and traditional swings, as well as centrepiece that is a true miniature of the real house.

This installation was completed in 2014, during some of the worst weather that the UK has seen for a hundred years and will still be entertaining children for many years to come. The area is floodlit with white and coloured pulsar LED floodlights which are programmable, and the whole effect is quite enchanting, particularly as the playhouse design picks up the major features and character of the big house. 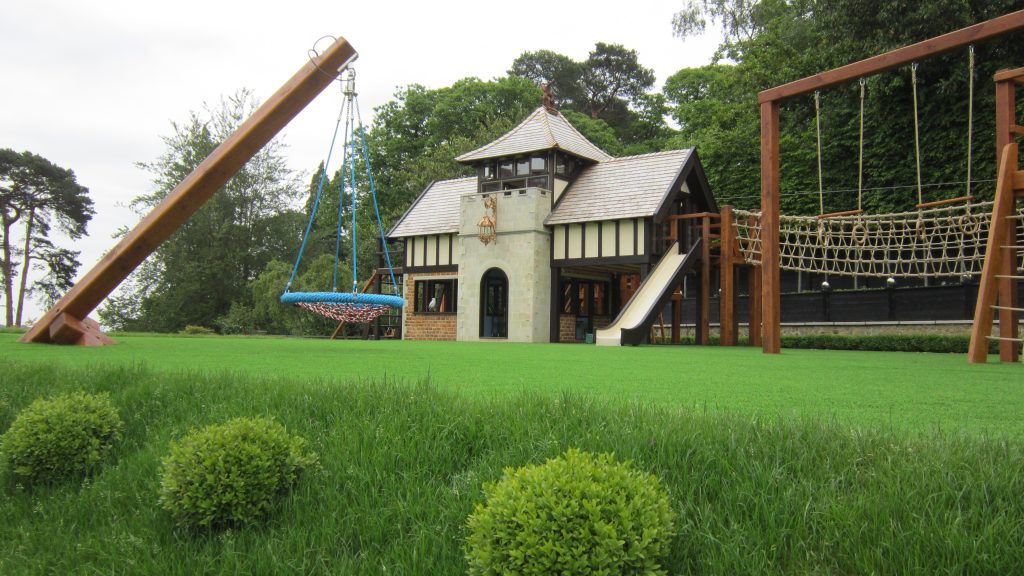 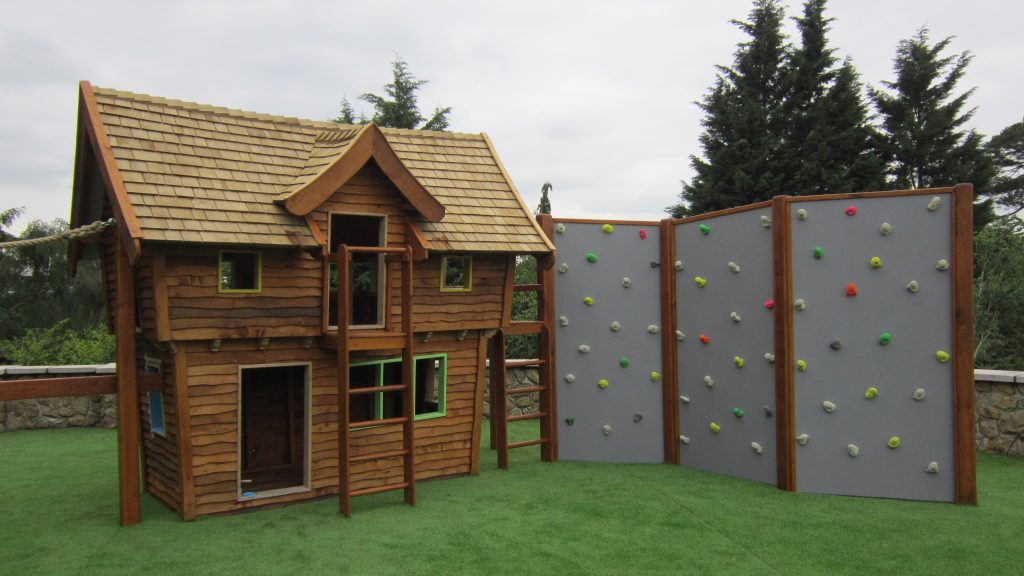 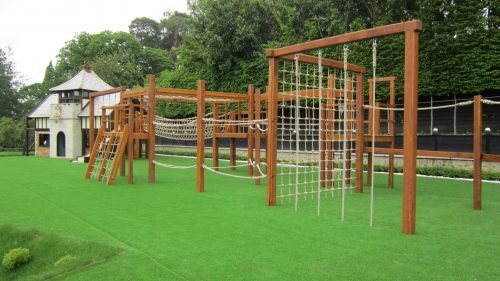 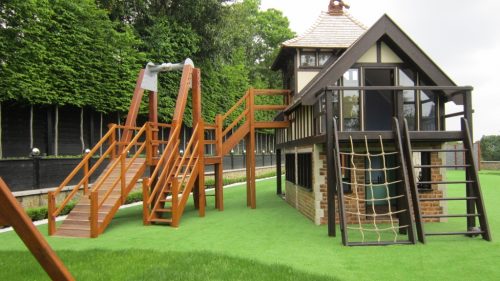 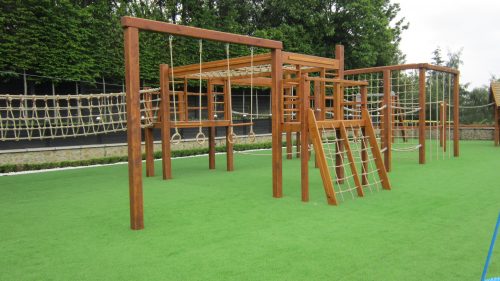 The centrepiece of the play area is a miniature replica of the main house, capturing many of its key elements. Spread across two levels, it connects to the other pieces of play apparatus with a rope V-bridge and can be entered or exited using doors, ladders, climb nets, and walkways. There is also a slide and a sand pit incorporated into the feature. All combined, this piece of play apparatus packs in a huge amount of play potential. 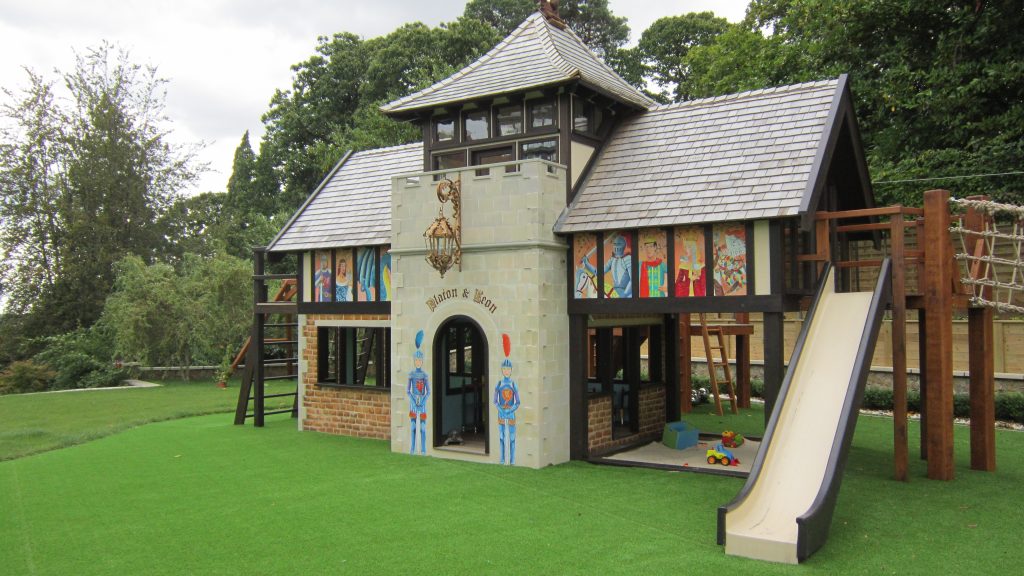 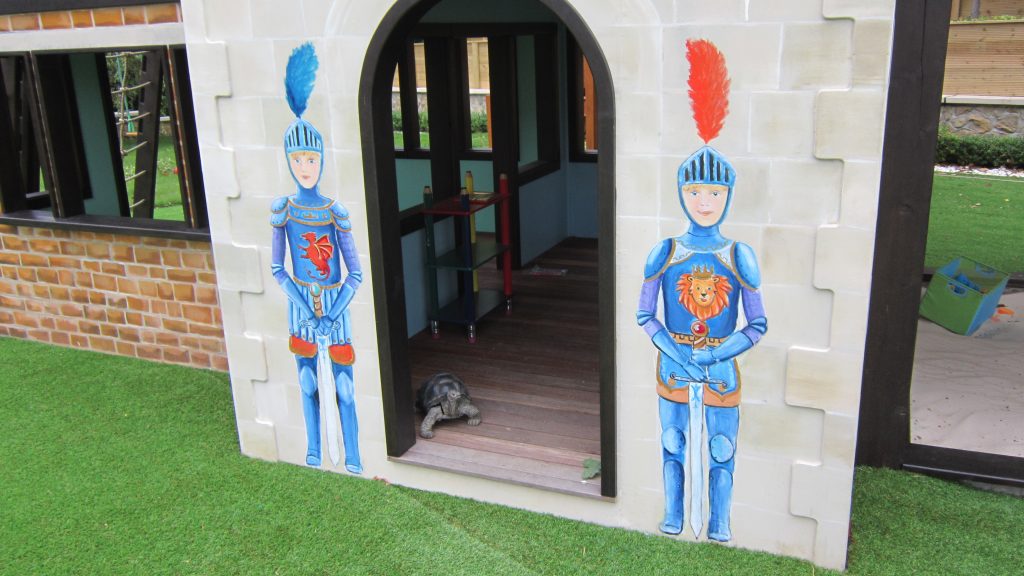 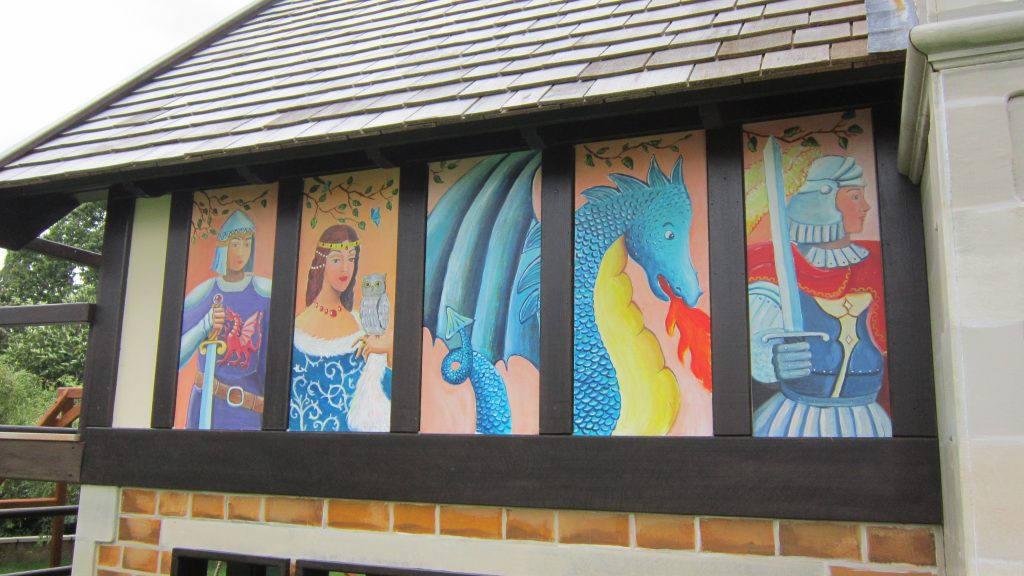 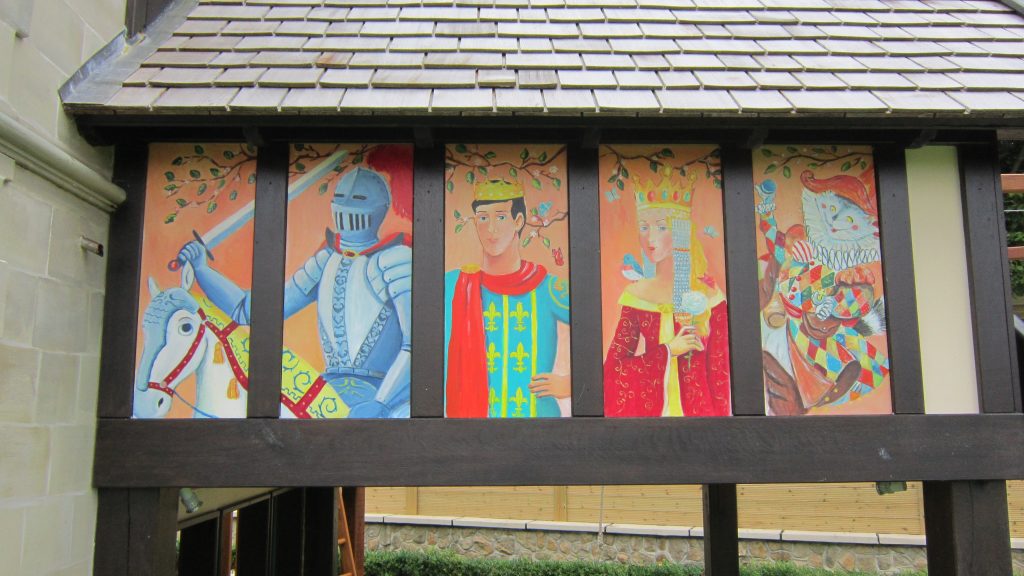 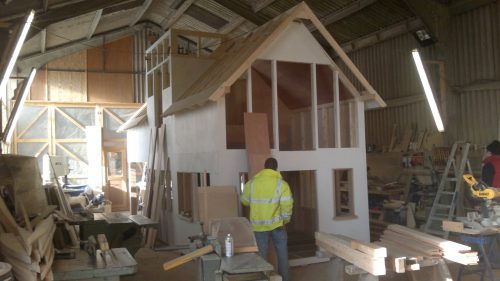 This is just one of the many play areas that we have made in the past. Please use it as inspiration for your perfect playground and get in contact with us to discuss a potential project. We are happy to walk you through the design process and can either work with ideas that you might have or come up with something completely new. Every single one of our designs in bespoke, meaning that at the end you will have a play area like no other, so don’t be afraid to push the boundaries and make it exactly how you want it to be. If you are still looking for inspiration, take a look at our other playhouses, outdoor play areas, and miniature replicas.