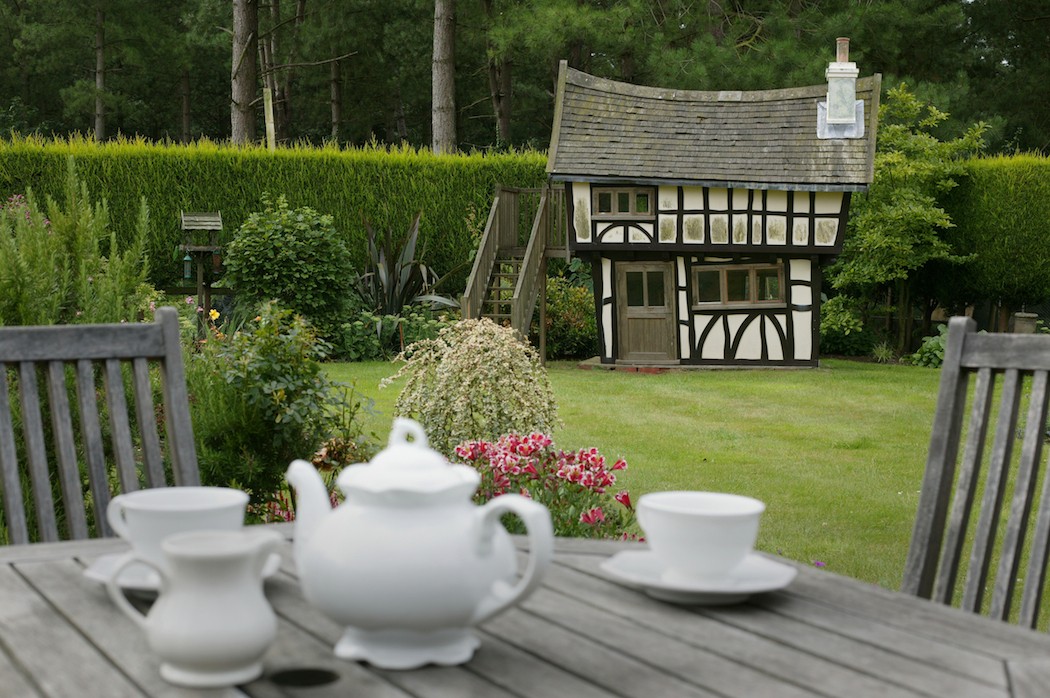 In short, because we love it.

Flights of Fantasy is a business that was built from passion. Our founder, Russell Bowlby, worked in the construction industry for three decades, restoring listed building all over the UK. During this time, he had his first son and used his knowledge of construction to build a Tudor style Wendy house. It was distorted by hand and had two storeys, looking quintessentially English, and lived at the bottom of the family garden for two decades. Shortly after, another son came… then another and another. Four boys! After failing to have a daughter at four attempts, Russell stopped at four sons, but continued to draw on his knowledge of craftsmanship to create more fantastical creations to entertain them over the years. There were several forts in the forest and a treehouse in the walnut tree, but it was a miniature pirate ship that truly reignited the passion for building fantastical play pieces. 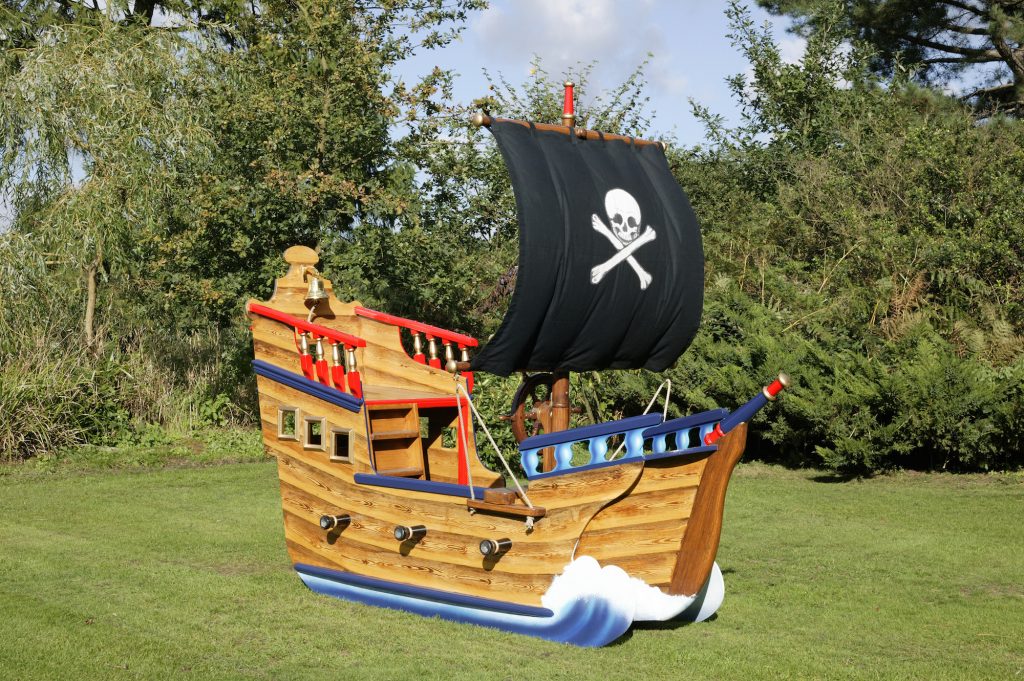 Always one to take things to the next level, Russell then built a giant Pirate Galleon that lived in the garden for several years. It was played on by lots of friends and was always a head turner when we drove it down the motorway to show it off at events, several years after it was first made. 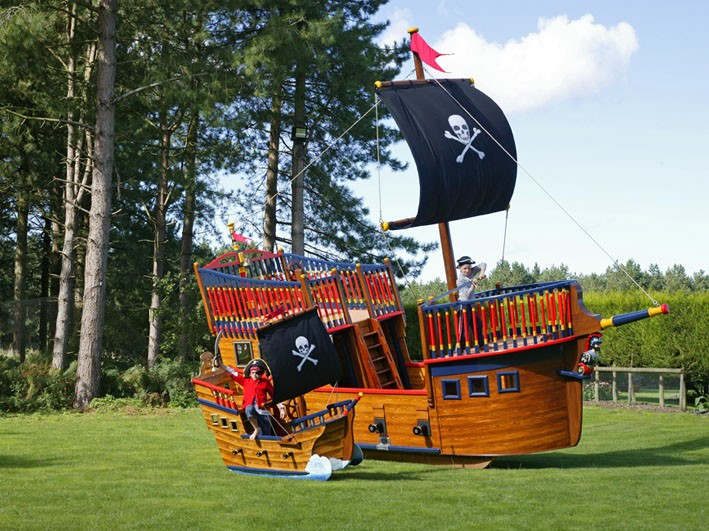 These fantastical creations weren’t originally made for sale – they were made for family enjoyment and as an expression of Russell’s creativity. Yet every time friends came to visit the house, they were wowed by what they saw and said how much they would love them.

We then started attending exhibitions, showing off our creations to see what people thought of them. They were wildly popular and we had a continuous flow of children and adults exploring our stands. Nearly twenty years after it was first created, we took the Tudor Cottage to Chelsea Flower Show, along with a new design, Elm House, and won an award for our exhibit. We went back the next year with an even more elaborate design, Snowre Hall, and won another award!

It was around this time we realised that there was great interest in creative and attractive, well thought out play areas. People didn’t want to have the same stock items that were available from most play equipment companies, so we offered our services as a truly bespoke play equipment manufacturer, offering unique items that were built by hand. We have continued this tradition, building high quality play apparatus from natural materials, delivering it across the UK and far beyond (including China, America, and the Middle East).

We begun by having one of our small pirate ships in permanent residence on the top floor of Hamleys toy shop in London, offering bespoke play equipment as a side project to the the renovation business. A few years later, Flights of Fantasy really caught on and now we find ourselves in constant demand. A few years ago we even opened The Wild Deck Company, specialising in timber structures in natural settings, making creations such as bird hides and boardwalks.

From here, we don’t look back. We do what we do because we love it and we’re proud of it, and long may it continue.

If you are looking to commission your own play area, please don’t hesitate to get in contact with us. We are proud of what we do and we have passion for it. Our motto is ‘If you can dream it, we can build it’, and we stand by that in all our designs and when first looking at new projects.